South Sioux City High School is excited to host Grand March 2021 for senior students on April 24th at 4:00 P.M. in the Mini Dome.  Because of the ongoing public health situation, there will be no dance this year.  An After Prom party hosted by the junior class parents will take place from 8:00 P.M. until 11:00 P.M. on April 24th as well.  The After Prom party will be very similar to the year's past with a hypnotist, games, snacks, and activities.  Safety protocols have been established and will be upheld during the party. 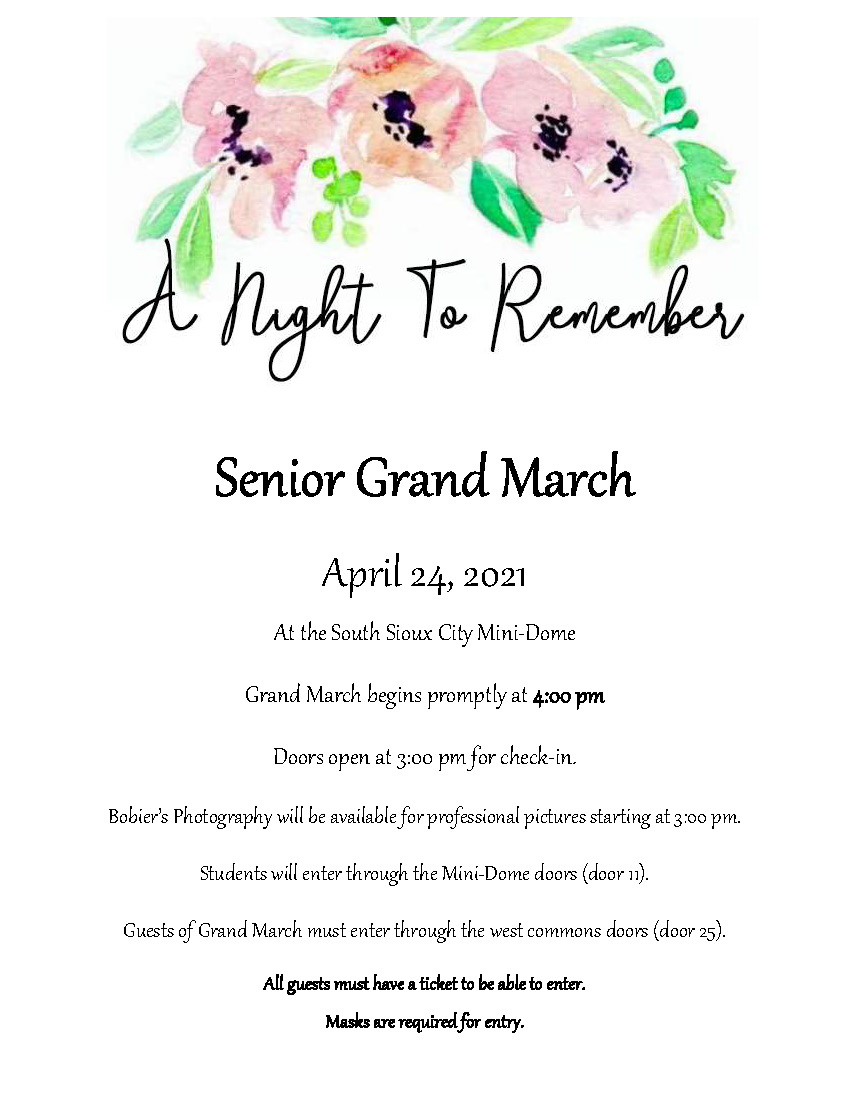 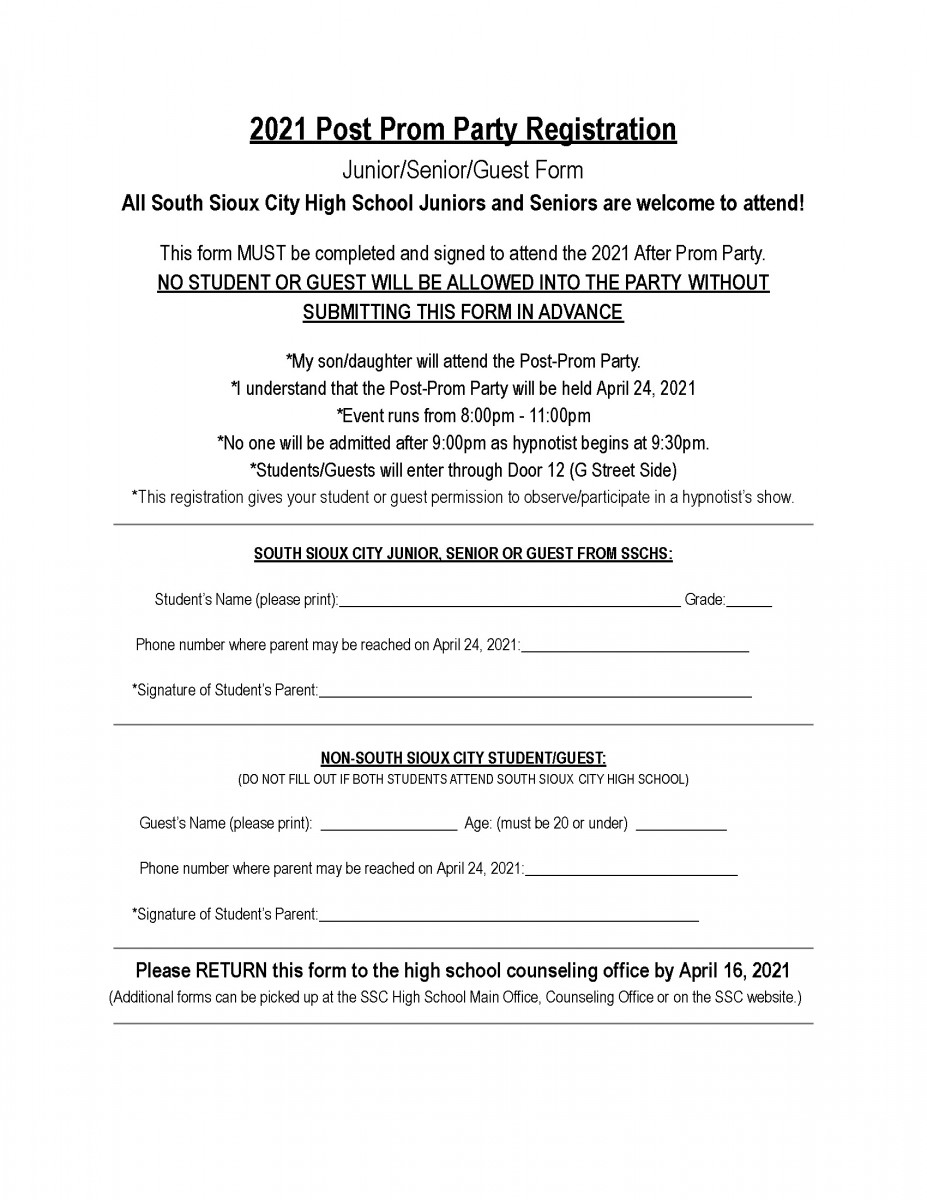