The South Sioux City Mock Trial competes against schools from Northeast Nebraska in an actual trial setting. Students prepare for mock trial by assuming the roles of lawyers and witnesses. They analyze a case given to them by the Nebraska Bar Association. The team members consist of students in grades 9-12 and are coached by Ms. Katie Alesch and lawyers from the community. 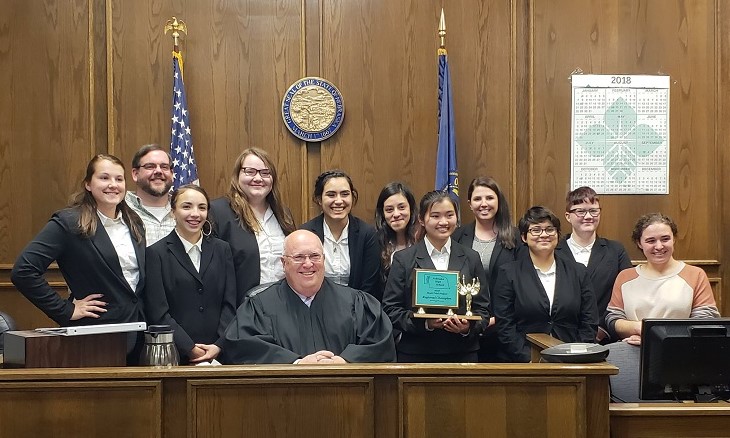 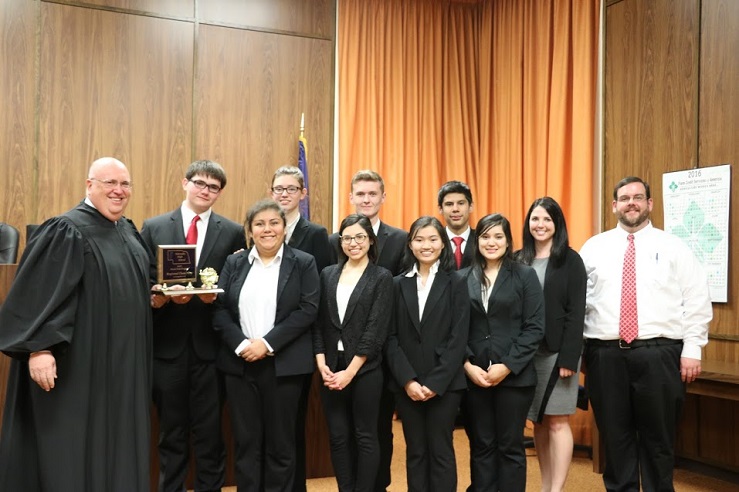 The state teams were honored at the Mock Trial Banquet at Embassy Suites in Lincoln.
SSC students received medals and certificates for their accomplishments. 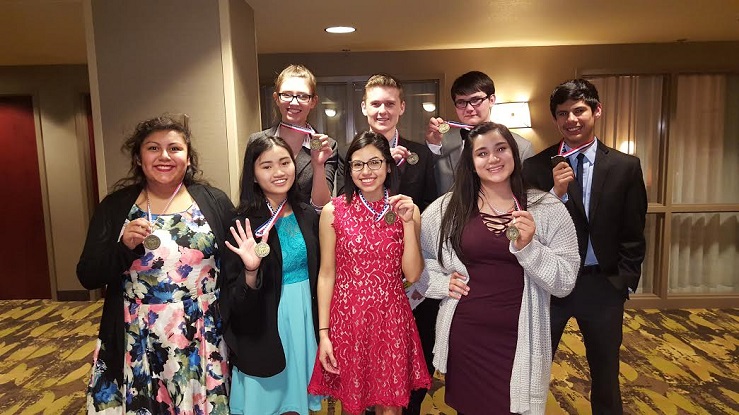 Team 1 posed in front of the Capital building at the end of the Lincoln Mall. 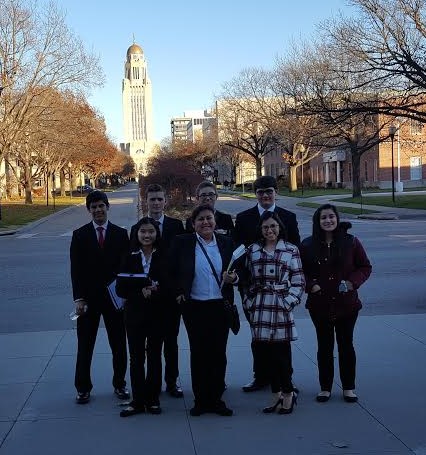 Team 1 posed for one last picture after the state competition wrapped up.
It was a wonderful experience, and they can't wait to return next year. 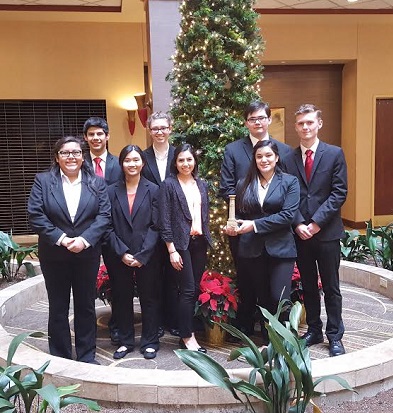 All three teams posed for a picture after the first round of competition in Madison, Nebraska. 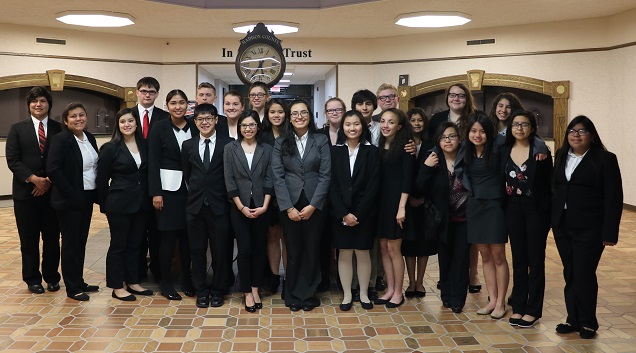 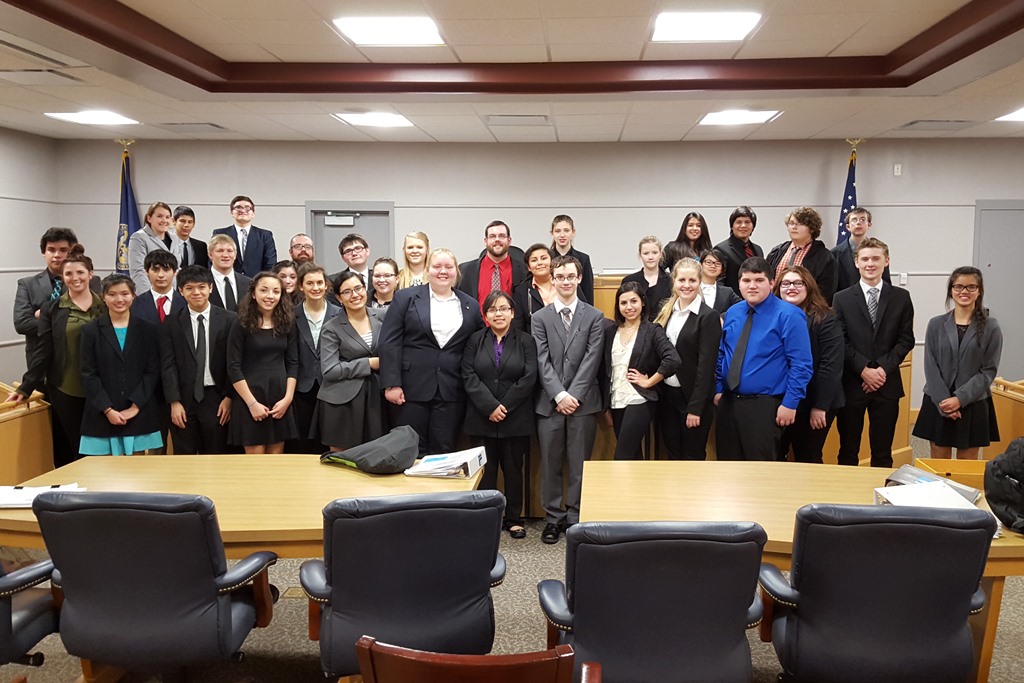 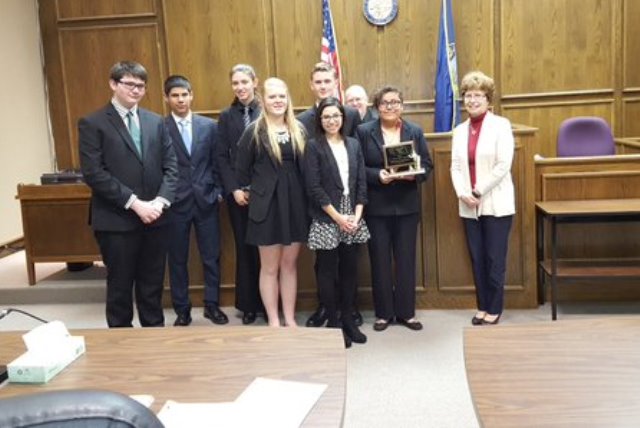